The Eric Biddulph Memorial Road Race for 3/4 riders promoted by Huddersfield Star Wheelers took place on Sunday. 54 riders lined up on the start line for the 53km event & as per usual the weather had been unkind with extremely strong winds but thankfully no rain. The riders observed a minute’s silence for Lewis Barry (Aire Valley Cycles) who died last week aged just 15. Our thoughts are with his parents Mark & Carol at this difficult time.

The race was eventful to say the least, the race had to be stopped on the first lap as a JCB blocked the course just as Craig Gath (York Cycleworks) broke clear of the main bunch. After a minute or so the race was on again, there were further incidents which made life challenging for the commissionaires & marshals as the bunch encountered horses & also a running race that was using some of the same roads as the race.

Ben Page (VS Cycles) was on the attack early on & took the first prime with 5 laps to go but a lone break was never going to make any headway with the strong winds keeping the speeds down to 10mph on the long drag up to the finish line. With 4 laps to go Karl Denton (Yorkshire Velo) & Karl Downes (Star Bikes) broke clear & worked well together to get a gap of 30 secs. The 2 Karl’s never looked like being caught, it was a great effort especially from Denton as he had raced the previous day. On the last lap 5 riders jumped clear of the what was left of the bunch but never looked likely to catch the leaders.

Denton & Downes continued to share the work until about 50 yards from the line when Downes kicked for the line but it was Denton who came out on top & claimed victory & the Eric Biddulph Memorial Trophy presented at the HQ by Eric’s widow Mary. Robert Blackburn (JE James) completed the podium places, winning the sprint from the 2nd group. 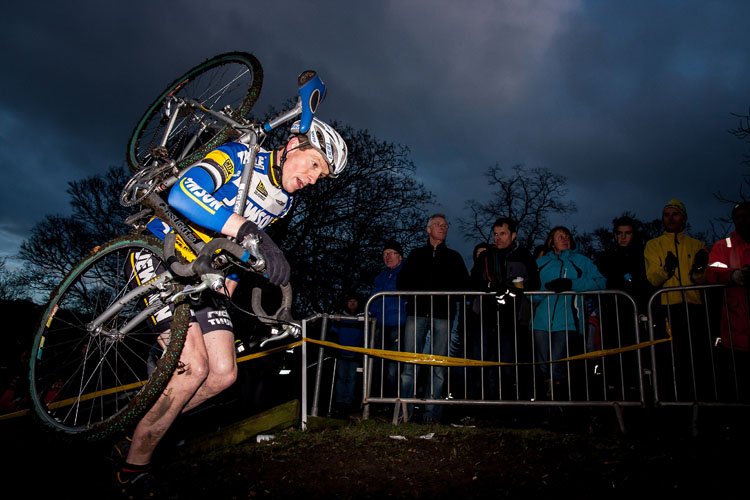 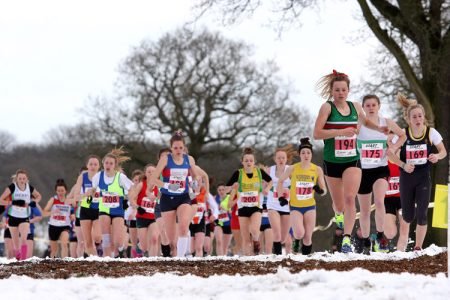 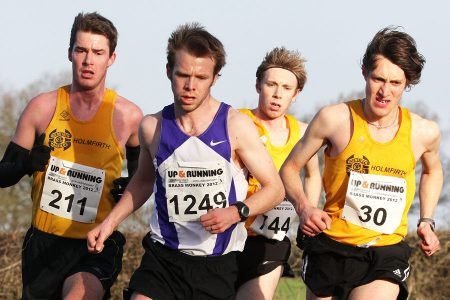